I’ve been working lately on a new mobile application. Now you are going to say: “what, again?”, and you’re right 🙂

But some history first. At the beginning we only had one (not so good) mobile app that was for iOS. And it was only allowing you to use a native iOS interface from your local network, and when outside, it loaded an ugly web UI from calaos_web. No Android. Then a few years ago I started working on a complete rewrite of the iOS app. Entirely native. No more web. It was never released, because I had a lot of pain to make fully working every time Apple updated their SDK. And again, no Android.

Then, 3 months ago I wanted to try something new. Qt Quick for mobile Apps. Since I’am used to Qt development for quite some time now, it was a great opportunity to see if Qt is now ready for mobile development. Result: We have now a new Calaos Mobile app that runs on iOS and Android! The project is available as always on Github and to build it you will need the Qt SDK.

I also implemented a new cool feature for the mobile app: Favorites

Favorites is what you get on the main screen when the application starts, and it allows you to add your preferred items directly to the home page. This means less clicks to start your often used scenarios. For now only standard items can be added to the favorites view, but later I’m going to add some more special favorites items, stay tuned!

The mobile app will be available soon in the Apple Store and Google Play.

Here are some screenshots running on iOS: 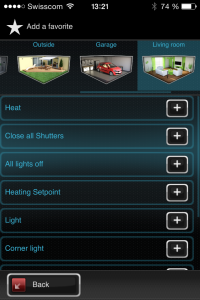 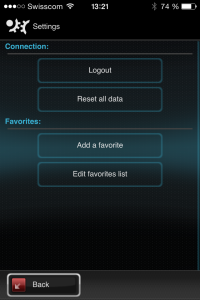 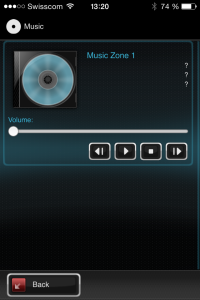 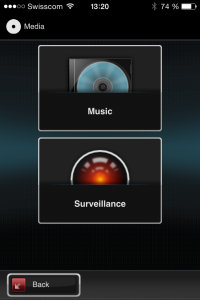 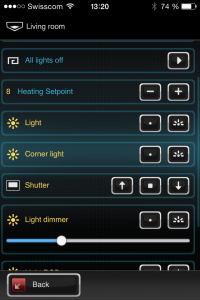 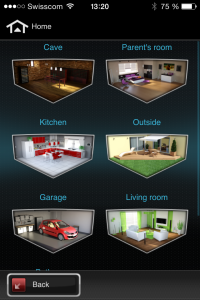 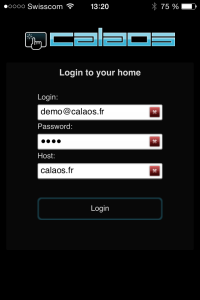